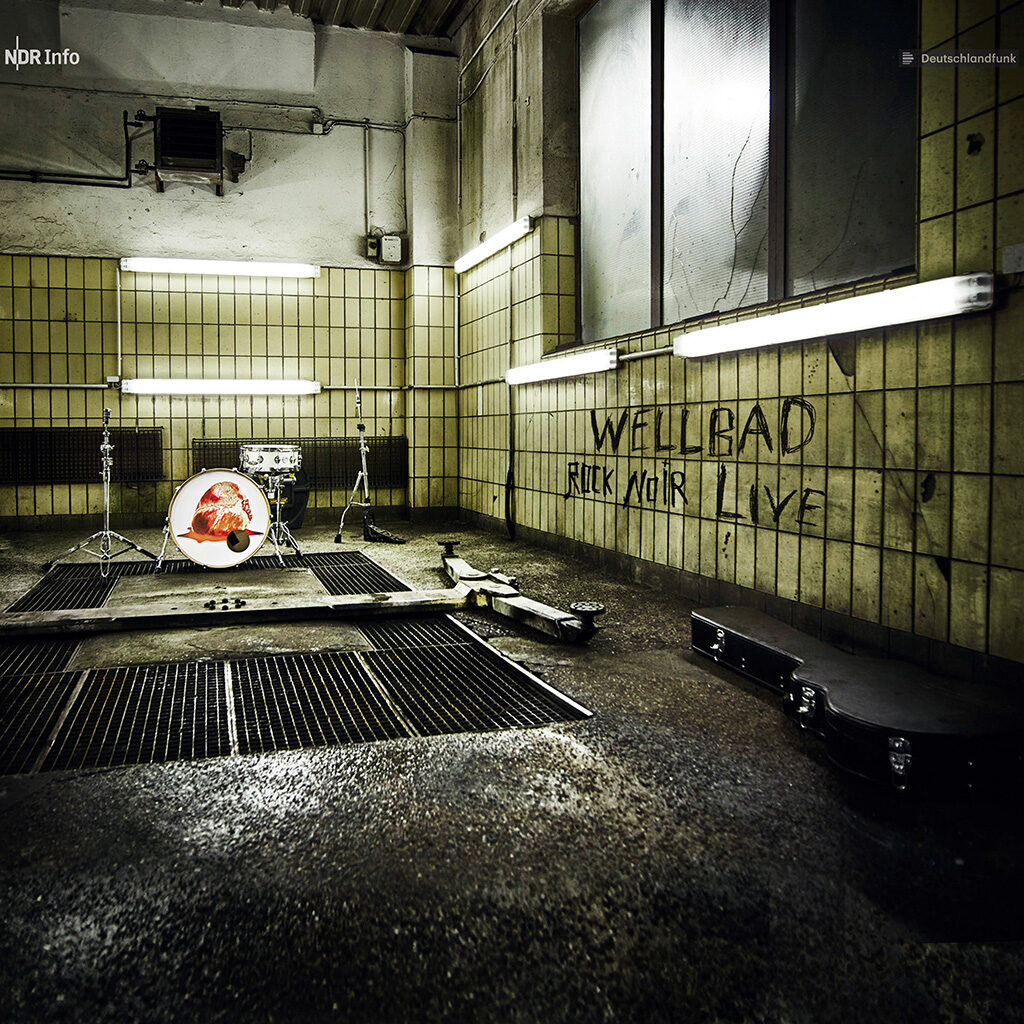 As a small appetizer the single "Jackleen LIVE" will be released on 14.08.
Support the band and pre-order the album HERE in the shop or support the band in these hard times with a small donation (shop will be available soon)!

As unfortunately many gigs of the autumn tour had to be postponed to 2021, we are grateful for any help.

Do you want to see the whole thing live? Then just click on Gigs.
"HEARTBEAST" is available on Amazon !
You can also order all WellBad albums here on our homepage. Contact

"Ce diable d'homme évolue et propose un univers qui voisine ceux de Tom Waits et de Nick Cave." -LEDEVOIR
„A phenomenon!” – CLASSIC ROCK
“Daniel Welbat does such a perfect job conjuring up an American kind of spirit that no one would guess for even one second that Heartbeast was the work of a German musician. Tom Waits, Steve Earle and Mark Oliver Everett all seem to have inspired these exuberant blues and jazz rock pieces.“

Electrifying Rockshow meets Film Noir-Mood! Daniel Welbat has „A voice that’ll strip the paint off cars!“ and sings like he’s been hanging out in the darkest of dive bars for years. With his five-man band, the extroverted frontman brings a brilliant „Rock Noir“-sound to the stage that thrills both the audience and the press. auf die Bühne, der Publikum wie Presse begeistert.

Especially in "corona times", the band is especially keen to keep the "Live-Flag" high and deliver the unfiltered feeling of a pulsating live concert directly to the listeners' homes.

The live title selection is a best-of of all four WellBad albums. From "Beautiful Disaster" from 2011 to the concept album "Heartbeast" released in 2019, everything is included. A special highlight is the live duet "Coffin for Two", where the two lead singers Daniel Welbat and Jessy Martens unleash a real "voice hurricane". The majority of the songs were recorded by NDR in October 2019 at the Hamburg Nochtspeicher. Recently this very concert was voted by the OXMOX reader survey (besides P!ink, Robbie Williams and Udo Lindenberg) into the top 10 of the best concerts of 2019.

The songs "Jackleen" and "Rockin' Chair" are taken from a Deutschlandfunk live radio session that was recorded in Cologne at the beginning of the year.

With their "Rock-Noir" sound WellBad proves once again that they have a great love for musical diversity and know no genre boundaries.

Their cross-genre mix of roots rock, jazz, blues and hip hop has propelled the Hamburg band onto the international stage within a short time.

"We are often asked what genre we actually do! Blues, Jazz, Rock, Alternative?..Here comes the answer: Rock Noir! We bring 120 percent passion to the stage, we are passionate about it!"

WellBad shows feel like a trip through heaven and hell, which leaves no sensation untouched and touches deeply. Daniel Welbat and his band live their songs on stage and take their audience on an intense and intoxicating hunt for stories and dreams.

In 2011 the debut album "Beautiful Disaster" was released and made waves in Hamburg, followed by "Judgement Days" (2015) and "The Rotten" (2017).
WellBad won the 2015 German Blues Challenge as the best band.
The German Record Critics' Award put "The Rotten" on the leaderboard in 2017.

They played TV appearances at prime time (ZDF, ARD, RTL, NDR), were on the road as support acts for Robert Cray, Oli Brown and Tito&Tarantula.
2018 they amazed in the famous Elbphilharmonie concert hall.
WellBad performed at international festivals in Memphis, Tennessee (USA), Torrita di Siena, Italy, and at the Canadian Music Week in Toronto.
In Canada, the combo left a lasting impression and played with great success in July 2019 at the renowned Montreal Jazz Festival.
Since autumn 2019, the HEARTBEAST club tour has been going on throughout Germany, which is to be continued until the end of 2020.

Sign up if you want to receive the Wellbad Newsletter: